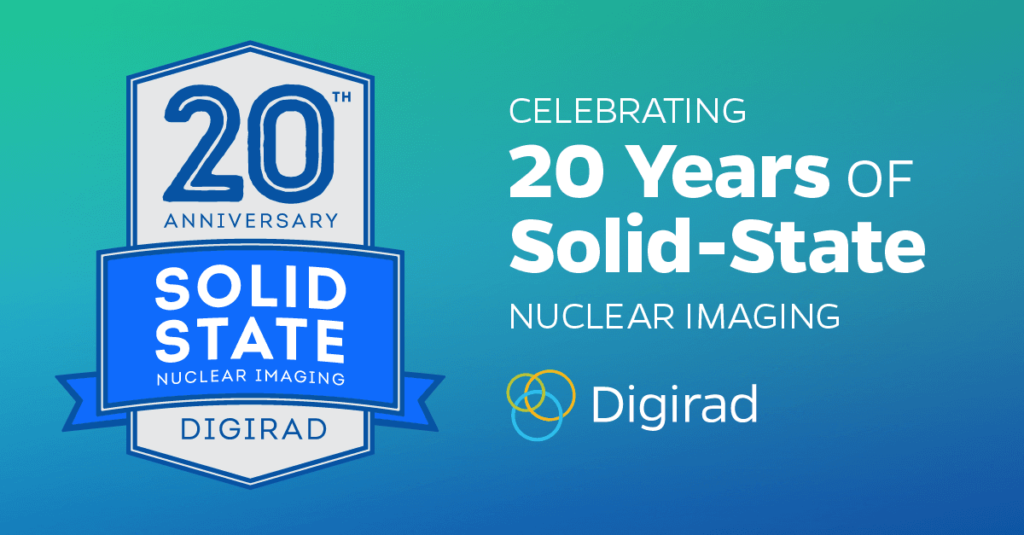 Digirad is celebrating the 20th anniversary of the first commercially performed solid-state nuclear medicine image being scanned. The image was captured in June of 2000 using a Digirad 2020tc and ushered in a new era of imaging to cardiology and nuclear medicine.

The development of the solid-state camera began years before when Dr. Bill Ashburn, a leader and pioneer in nuclear medicine, read an article in the San Diego Union-Tribune about solid-state technology being developed by San Diego Semiconductor.

Dr. Ashburn formed what would become Digirad and began the creation of the first solid-state detector head. Throughout the mid to late 1990’s Digirad developed the technology, was awarded patents, and continued to refine the manufacturing process.

The result of this effort was the Digirad 2020tc. This imager was a single head, general-purpose nuclear medicine camera featuring an articulating arm and a unique, rotating SPECTour chair for cardiac SPECT imaging. Digirad received their 510(k) clearance from the Food and Drug Administration in June of 1997 for the 2020tc imager.

After continued trials and purchase commitments, the first Digirad 2020tc cameras were delivered in late May of 2000, and the first commercial scans using solid-state in the history of nuclear medicine took place in June.

“The 20th anniversary of the first solid-state scan is a significant milestone for nuclear imaging, and we’re proud of the role Digirad has played in the development of this technology,” said Matt Molchan, Digirad CEO. “Our team has built off that legacy, and we feel that the X-ACT+ and Ergo represent the future of solid-state nuclear medicine.”

Although Dr. Ashburn passed away in 2004, his legacy is alive and shapes the nuclear medicine industry to this day. Now in its sixth generation of detector head technology, the Digirad line-up includes ground-breaking solid-state imagers such as the Ergo, X-ACT+ and Cardius line of cameras.

Learn More About the Anniversary of Solid-State Imaging 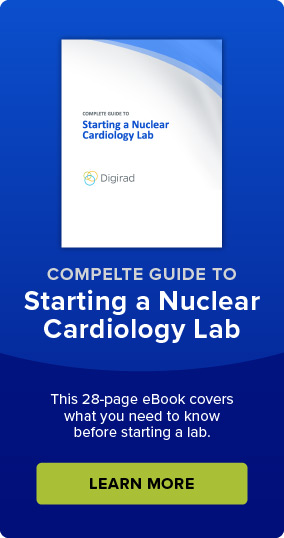