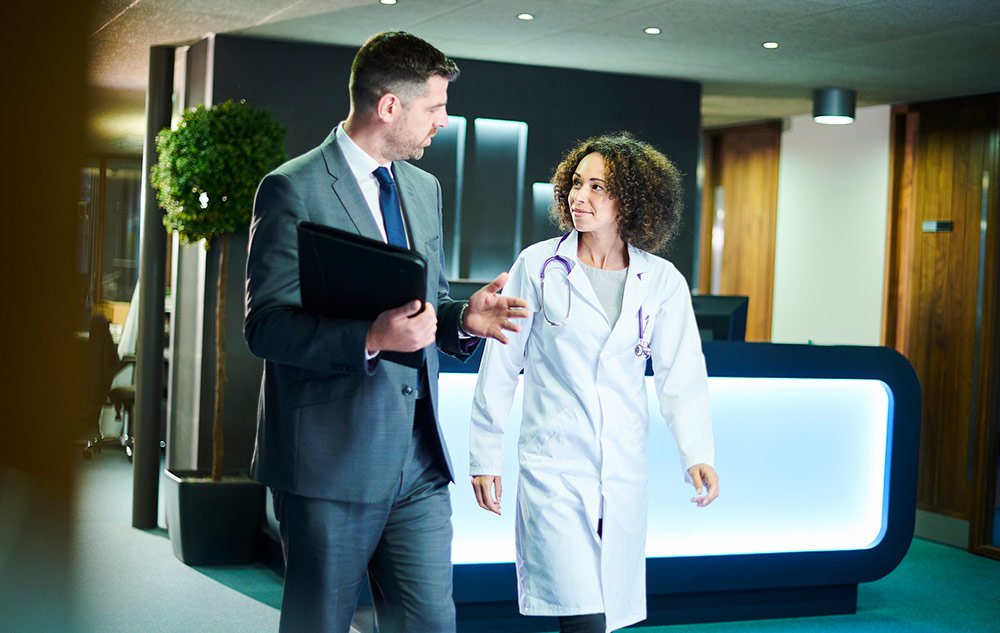 After years of discussion, negotiation, and delays, sweeping changes to the Physician Self-Referral Law, or as it’s commonly known – Stark Law, took effect earlier this year.

While the passage of the original bill was met with resistance, these updates were intended to clarify and modernize components of the law to provide better clarity for physicians, vendors, and providers.

What is the Stark Law and What Does It Cover?

Originally dating back to 1989, the regulations known as the Stark Law were designed to prevent physicians from referring patients to entities with which they have an existing relationship and stand to benefit financially.

The purpose of the original law was to cut down on Medicare fraud where physicians were being compensated – either directly or indirectly – for the referral of patients to specific providers.

The Evolution of the Stark Rule

Almost immediately after its passage, physicians asked for clarity around the rules, what was covered and what to avoid. As with any piece of legislation, the details proved harder to work out, and the legislation has seen several revisions over the years.

As part of the “Patients over Paperwork” initiative, CMS conducted listening sessions in 2017 to better understand the concerns about the Stark rules. Many physicians had complained that the bureaucratic requirements of the regulations were a burden that took away from the care of patients.

Changes were proposed, debated, and CMS issued the final rule for the Stark Law updates in November of 2020.

The updates were implemented a day before President Biden was sworn in and were temporarily caught in limbo as the new administration sought to review any last-minute regulatory changes. As the Stark Law changes had been in the works for years, CMS decided to proceed with the updates and implement them as planned.

What Changes Were Made to Stark Law in 2021

The changes that went into effect in 2021 touch on many areas within the law. You can read the complete rule here, and we’ve highlighted four key areas that were amended.

The 2021 changes to the Stark Law allow for exceptions based on formal collaboration between parties if the purpose is “value-based.” As defined by CMS, the term values-based includes the coordination of care, improving care, or reducing the costs of care.

The original Stark laws, passed at a time when most practice models were fee-for-service, were designed to reward utilization instead of patient outcomes. The changes were designed to accommodate the rise of business models based on Value-Based Care and give providers greater flexibility when operating under value-based payment arrangements.

The updates include a new compensation exemption that allows for up to $5,000 between DHS entities and physicians in a calendar year. The payment exceptions can cover items such as professional services, staffing, equipment rental, and office space. Notably, the payments can be accepted without the agreement first being in writing. As with any regulation, there are caveats, so consult your lawyer or advisor before receiving a payment.

The donation of technology and services that are used to protect patient data and harden cybersecurity are now exempted from the standard Stark Law rule. There are current exceptions for EHR systems, but they require physicians to cover some of the costs. These new rules allow the equipment and services to be entirely donated. For example, a health system is now allowed to donate technology that reduces the risk of a cyber attack to an individual physician as a way to increase the cybersecurity of the entire system.

The updated rule contains clarification for terms used within the Stark Law and was designed to simplify the reporting process to reduce the administrative burden on physicians. Terms like Fair Market Value, Commercial Reasonableness, Period of Disallowance, and Group Practice Requirements were all updated and clarified in the Final Rule. You can view the terms at this link.

An Increase in Flexibility

Overall, the 2021 changes to Stark Law were designed to keep the spirit of the law while giving physicians more flexibility. Seema Verma, CMS Administrator, stated, “When we kicked off our Patients Over Paperwork initiative in 2017, we heard repeatedly from front-line providers that our outdated Stark regulations saddled them with costly administrative burden and hindered value-based payment arrangements.”

These adjustments are still a work in progress, but CMS responded to feedback from physicians and adjusted the rules to offer more flexibility in the way they can comply with the laws.

Which Leasing Option is Best When Buying a New Nuclear Gamma Camera?