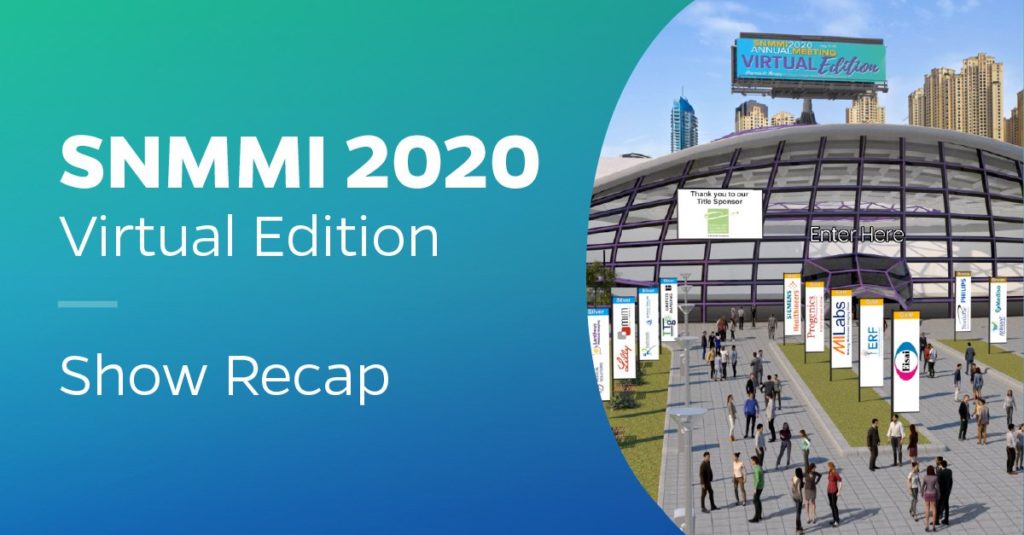 The Society of Nuclear Medicine and Molecular Imaging recently wrapped up their 2020 Virtual Annual Meeting, which was held on July 11-14. In response to the pandemic, SNMMI announced in late April that previously scheduled live conference in New Orleans was being replaced with a new virtual format. While vastly different from past gatherings, the virtual meeting was a success and allowed attendees the opportunity to connect with colleagues, view scientific posters, and learn about the latest innovations in nuclear medicine.

Image of the Year Selected

One of the most notable stories from the virtual annual meeting was the announcement of the Image of the Year. Each year, SNMMI chooses an image that best exemplifies the most promising advances in nuclear medicine and molecular imaging.

This year, the SNMMI Henry N. Wagner, Jr., MD, Image of the Year was titled “Resistance to Tau and Amyloid Pathology Facilitates Super-Aging.” The image and abstract was chosen from more than two thousand abstracts submitted to the meeting and voted on by reviewers and the society leadership.

Data from the Alzheimer’s Disease Neuroimaging Initiative was utilized to create three age- and education-matched groups of 25 super-agers, 25 normal-agers and 25 patients with mild cognitive impairment, all above 80 years old. In addition, 18 younger, cognitively normal, amyloid-negative controls were included in the comparison as a reference group. 18F-AV-1451 and 18F-AV-45 PET images obtained for all individuals and researchers compared the tau and amyloid burden between the four groups. A logistic regression was performed to identify genetic and pathophysiological factors best predicting aging processes.

In addition to the live sessions and scientific posters moving virtual, 2020 also saw a new, virtual Exhibit Hall for the show. Over 90 different organizations and vendors were on-hand to share their latest products and innovations through their virtual booths. The platform selected by SNMMI allowed for chat, video calls, document downloads, and many other ways for members to connect without being at the show in person.

The Digirad and DMS teams had a busy four days virtually staffing the booth. While the team was physically spread out across the country, the exhibit hall was a hub of activity for our nuclear gamma camera, interim imaging, and mobile imaging teams.

Many participants were unsure of how the virtual format would work. Still, Digirad experienced a tremendous amount of activity with hundreds of chats, website visits, content downloads, and connections from SNMMI members.

SNMMI also announced a new set of officers at the 2020 Annual Meeting.

Newly elected president Alan B. Packard stated, “SNMMI’s strength comes from its breadth of membership, with physicians, scientists and technologists working together to advance nuclear medicine and molecular imaging in order to provide patients with the best possible care,” Packard noted. “This is a very exciting time for the field of nuclear medicine, and as president of SNMMI, I look forward to working with my fellow members to build upon recent breakthroughs in the field, especially in the area of theranostics, and to demonstrating the value of nuclear medicine to those outside our field.”

The Digirad team congratulates all the new officers and looks forward to working with SNMMI over the next year to further the mission of nuclear medicine.

What the Appropriate Use Mandate Delay Means for Imaging Providers

How to Replace Nuclear Imaging Equipment Without Triggering an OSHPD Review