How changes to Section 179 can positively affect your bottom line 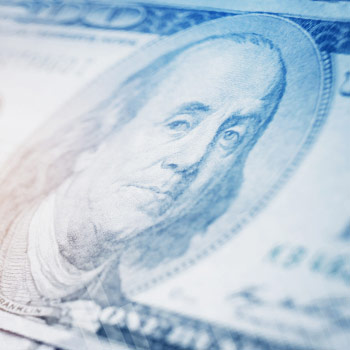 If you own a private practice and are considering the purchase of new or pre-owned medical equipment, the recent revisions to Section 179 of the IRS tax code, which were included in the Tax Cuts and Jobs Act, could offer some significant tax advantages. Here’s a quick look at some of the changes and how they might motivate you to make a purchase sooner than later.

Section 179 was added to the IRS tax code as an incentive for business owners to invest in themselves, grow their market share, and improve their chances for long-term success. It allows for accelerated depreciation of equipment, including machinery, computers, software, office furniture, vehicles, and other tangible goods. Although large businesses benefit from Section 179’s tax treatment, the legislation’s original intention was to provide much-needed tax relief for small businesses like private practices.

For much of Section 179’s history, it offered a relatively small tax deduction, but beginning in 2003, Congress began increasing the expense limits and deductions while expanding the list of qualifying equipment. The 2018 revisions to the tax code are the most generous and advantageous to date.

As a result of the newest revisions, business owners are able to deduct 100% of the purchase price, lease price, or financed amount of qualifying equipment, as long as it was acquired and put into service during the same tax year. The code previously applied to only new equipment but has been expanded to include pre-owned equipment as well.

Prior to 2018, the maximum equipment deduction was $500,000, but effective on January 1, 2018, that amount was increased to $1 million. In addition, the new legislation raised the annual maximum spending threshold from $2 million to $2.5 million and set the 2018 bonus depreciation rate at 100%.

Consider your next step

Upgrading or purchasing new equipment is an smart way to invest in your practice. With these tax advantages, it may be time to reevaluate your needs. Talk with your tax advisor and see how the new Section 179 tax treatment might offer you the opportunity and the motivation to take that financial leap.

For more information on Section 179, including a list of qualifying items, an illustrated calculation example, and an interactive tax deduction calculator, visit the official website.